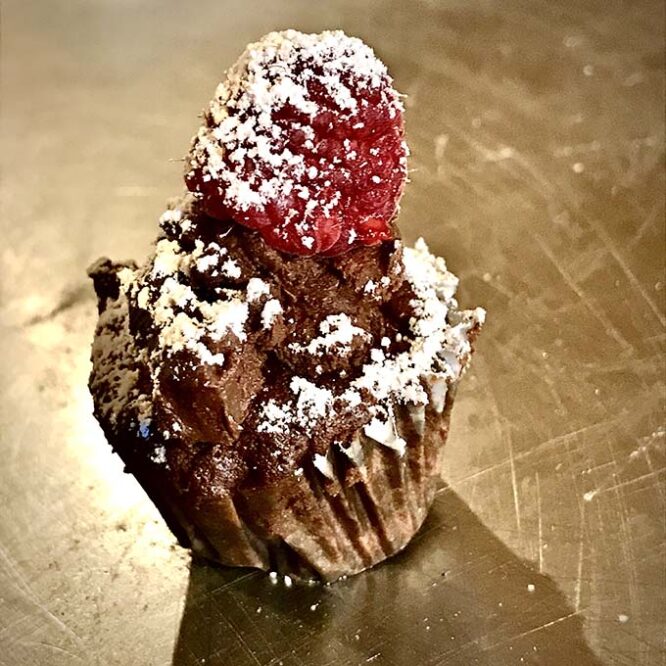 “The development and the creation or new food dishes, to enhance and stimulate a food experience. Making “Sense” of Flavor: How Taste, Smell and Touch Are Involved “

(I use what I learned when I grew up. I had no rules of cooking growing up and was told just create what you like and how it tastes. This was inspired out of a desire of having good food and taking traditional Italian food and either infusing it with other ethnic ingredients or by incorporating many contemporary techniques such as molecular gastronomy. )

Each Saturday, a new group enters the home Tammaro and  share, and partake of a six-course meal he’s created. He also does specialty menus, like one that was entirely chocolate-based or the wine dinner he hosted on Aug. 4

“We just thought it would be a fun collaboration,” she says of the dinner. Tammaro selected the menu well in advance as usual and Battles picked a wine pairing for each course.

Tammaro, who grew up in New Jersey, surrounded by an Italian family, says he cooks strictly Italian food. He’s had other businesses in the past and was involved in the art and antique trade professionally for a long time. His home shows this clearly, full of unique and antique finds. In the kitchen where he creates his dinners, exposed beams hold a collection of eclectic whirl-a-gigs, painted in a vintage green he mixed himself for authenticity.

And Tammaro isn’t shy about sharing the kitchen with dinner guests. They wander through, sometimes even sitting at the counter. When the evenings are pleasant, guests often sit out on the patio that’s next to the garden where many of the ingredients grow.

Married couple Tom and Jessica Sawyer, from Norwood, attended the Aug. 4 dinner. Tom Sawyer originally heard about “underground supper clubs” on the television show “Top Chef.” The pair says they began to look for some in Massachusetts. When they saw this menu at Tammaro’s, when they would be visiting the Cape, they signed up to attend.

The Sawyers found Frank’s Cucina through the Facebook page. Tammaro is very active on social media and in online communities for supper clubs, which he says are far more prevalent in places like South America.

“Coming to someone’s home is very exciting” says Jessica Sawyer. “This forces you out of your comfort zone.”

And having new people in the house each weekend is a lot of fun.

“It’s like having a party every Saturday night,” she says.

Frank’s Cucina patrons are asked to give a specified donation, which Tammaro says covers the cost of ingredients for the evening’s dishes.

The Aug. 4 meal included three bean-stuffed potato with scampi tails, stuffed zucchini blossoms, lobster ravioloni, grape and champagne sorbet, three types of fish in a black truffle champagne sauce and a dessert with sculpted chocolate and caramel, fruit, mousse and orange crème anglaise. The hot summer night quickly took its toll on the dessert dish as Tammaro rushed to plate all the ingredients. The result ended up looking less than perfect, although the diners assured Tammaro it tasted delicious, and Tammaro shrugged off the imperfect presentation.

Tammaro is not a professionally trained chef, and he’s the first to admit it.

Tammaro makes or adapts nearly everything himself, from creating his own balsamic reductions to grinding his own white pepper. He says he tries to use local ingredients as much as possible. What he can’t get from his own garden, he buys from local suppliers, and also travels to New Bedford to go to the fish market. He says his cooking technique, which is about 60 percent improvisation, is all about blending flavors.

“It’s all about layering,” he says. “It’s about creating a depth.”

Laughter drifts in from the dining room while Tammaro plates another dish. He helps his assistant for the evening carry the plates in and explain the contents of the dish after he’s snapped a picture on his iPhone. While the guests are eating, he’ll often pop back in to solicit feedback. He says he learns from every meal and very rarely repeats a dish, preferring to try new things. Tammaro says he’ll keep running Frank’s Cucina as long as he can.